The Rotorua Rebels returned to the winners circle for the first time since 1986 at the ENZED Superstock Teams Champs on Sunday. A sellout crowd were treated to an enthralling night of racing, with high quality teams action and great support from Superstocks consolations and the teams-debuting Midgets. 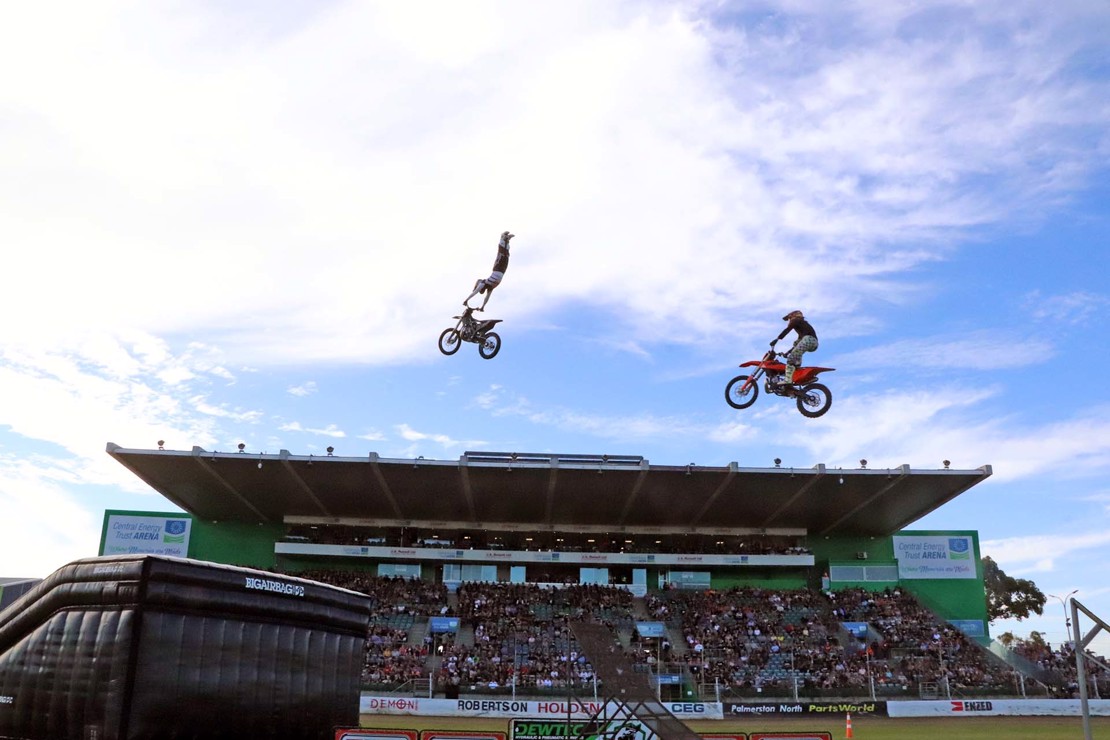 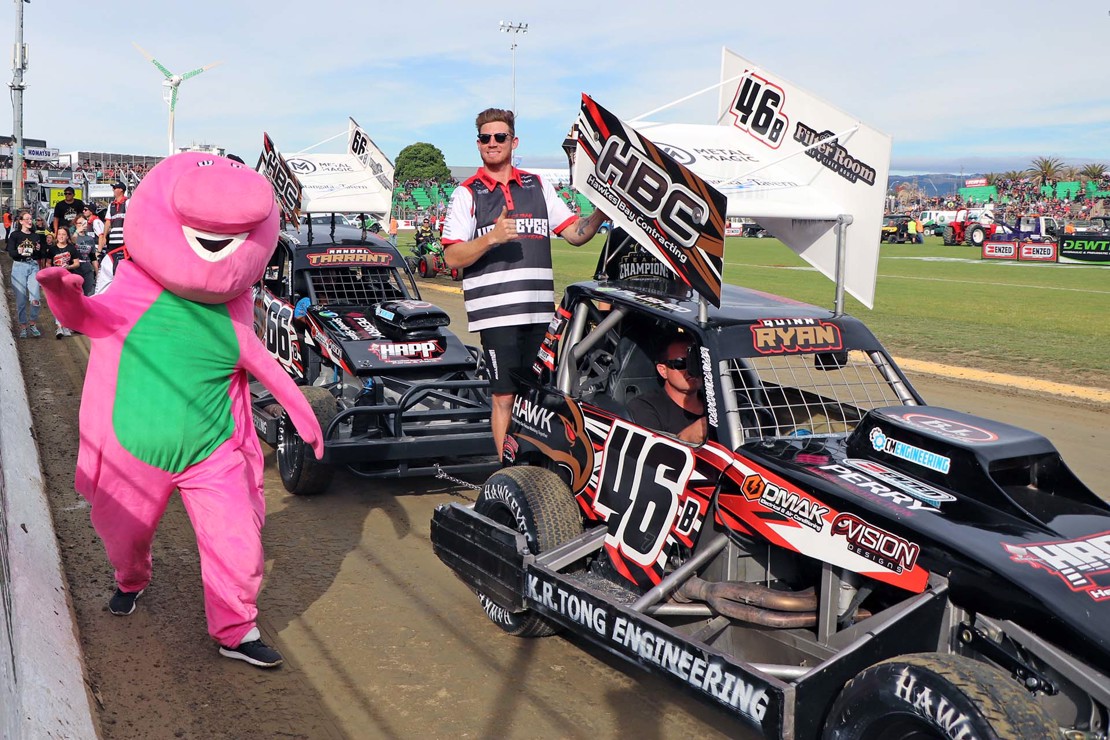 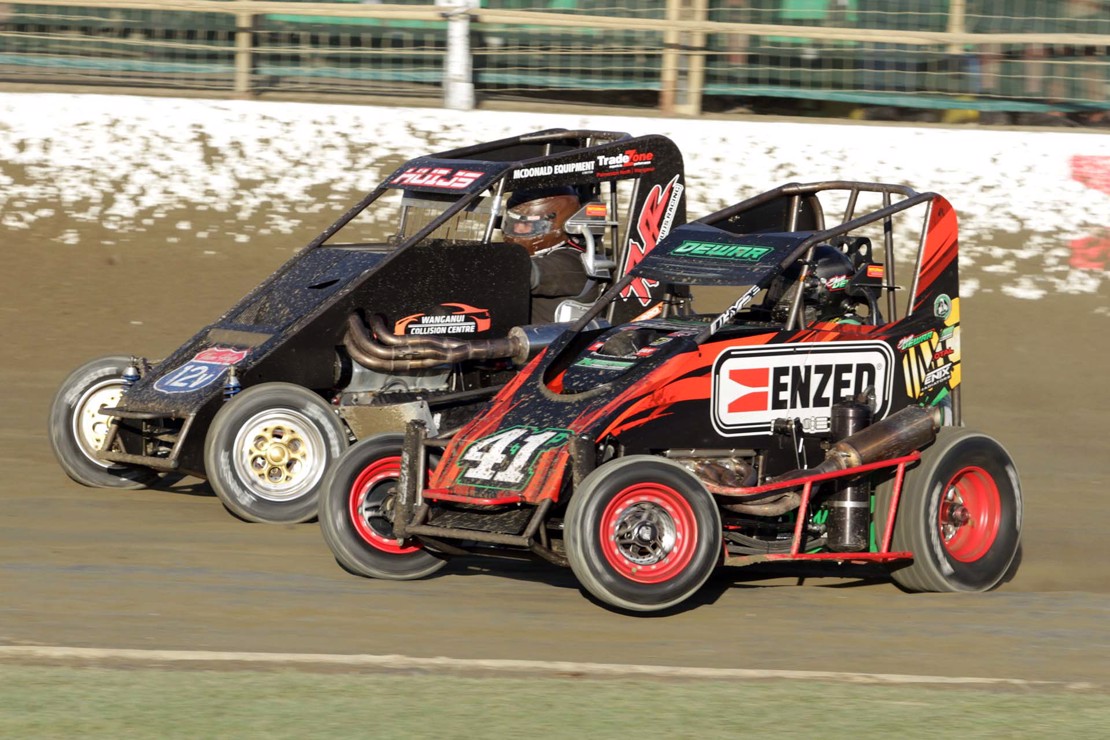 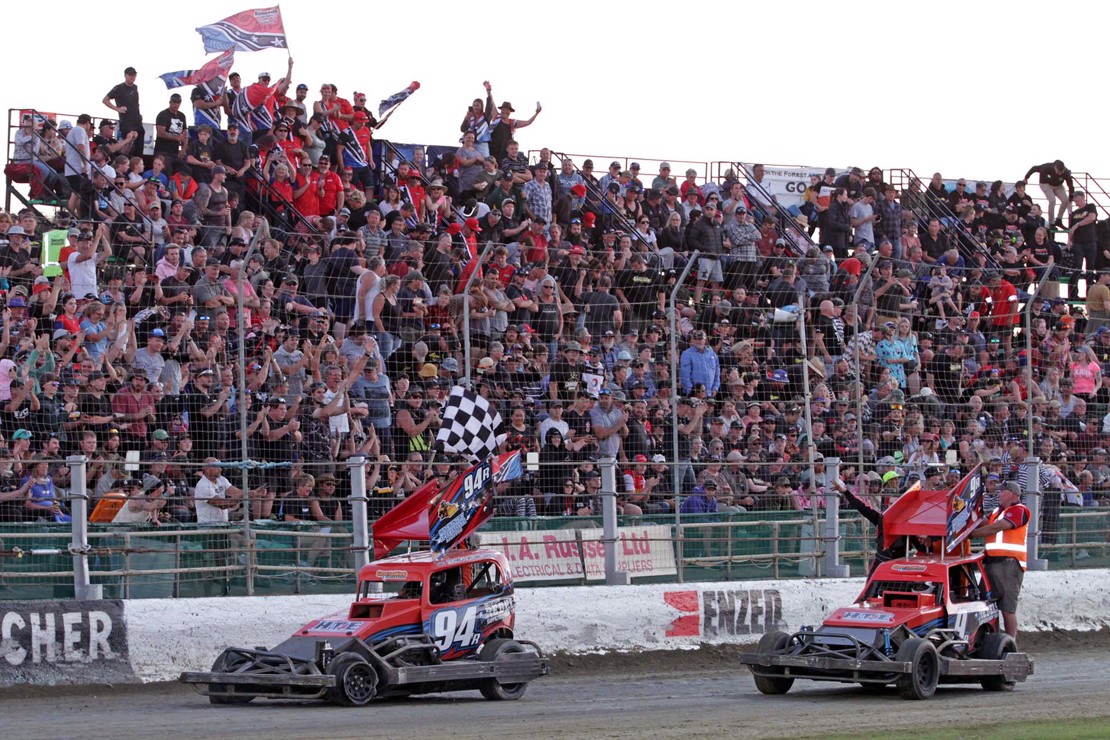 A brutal race saw 72a Cody McKee hit the front as his support fell by the wayside, but the damaged block cars of 38v Zane Dykstra and 57v Dylan Marshall were unable to halt his progress as he notched up another victory for the Allstars ahead of 53v Shaun Smith.

The Giants put together the performance of the event so far with a clinical dispatch of the favoured Hawkeyes. 127g Ethan Rees, 144g Tim Ross, 9g Jamie Hamilton and 5g Josh Prentice outran and outhit the defending champions to see them exit the event early for the first time since 2012.

Damage to 52w Paul Fairbrother and 5w Keegan Levien saw the Rebels in control early against the Wildcats. However wheelguard issues for 77r Lance Elsworth and 10r Alan McRobbie looked to have redressed the balance until Levien was disqualified for his hit on McRobbie occurring when he was partially on the infield. 9r Brent Stewart powered the Rebels into their first final in 20 attempts, with 89w Dale Robertson, 94r Dale Stewart and 46w Ethan Levien the only other finishers.

The Panthers did not have to wait long for redemption, securing fifth place overall with a dominant performance against the Allstars who lost their first race of the weekend. 94p William Humphries and 15p Luke Miers cantered to victory, with debutant speedster 72a Cody McKee restricted to fourth place behind 88p Jack Miers.

Smarting from a poor performance in the loss to Wellington on qualifying night, Gisborne secured a fine third place with victory over a damaged Wildcats side. 127g Ethan Rees was unstoppable, ably assisted to the chequered by the blocking of 5g Josh Prentice and 10g Peter Rees.

10r Alan McRobbie and 33c Tyler Walker sat out the final, with 991c Harley Robb shooting away from pole position. 14r AJ Axtens and 9r Brent Stewart were soon in chase mode, with circumstances also forcing 971c Jayden Ward into running for the flag, especially once Robb was walled and damaged. Rotorua now had a 1-2 lead with 77r Lance Elsworth playing a pivotal role as blockman. 41c Malcolm Read was blocking well for the Glen Eagles but the laps were ticking down with Ward unable to make up the gap. Eventually he fell too far behind with the Rebels managing to escape from every trap that was set. This was a high quality race from both sides, but there was to be no stopping the Rebels from taking first (B Stewart) and second (Axtens), and their first title since 1986. 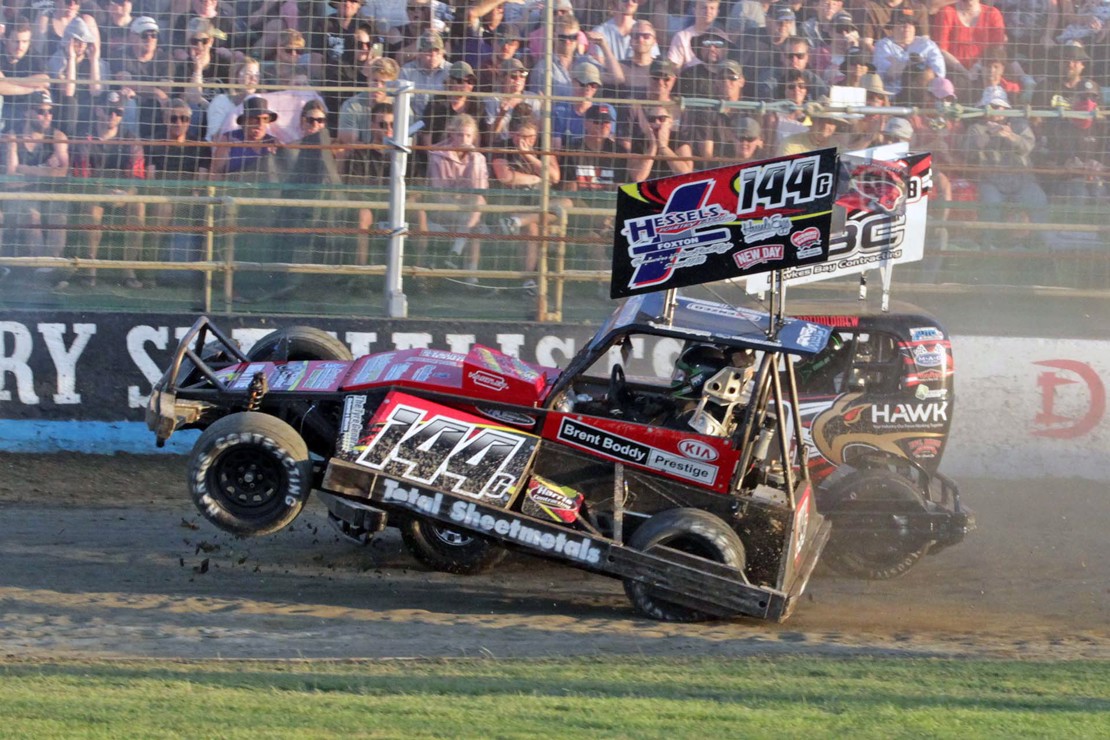 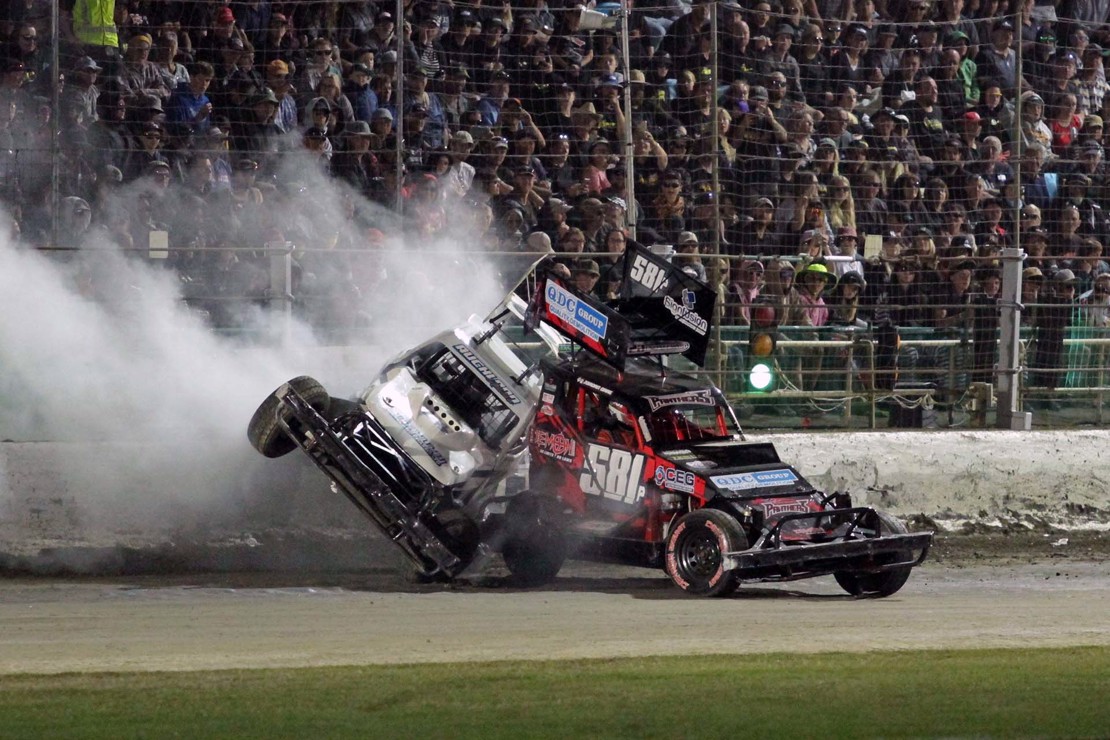 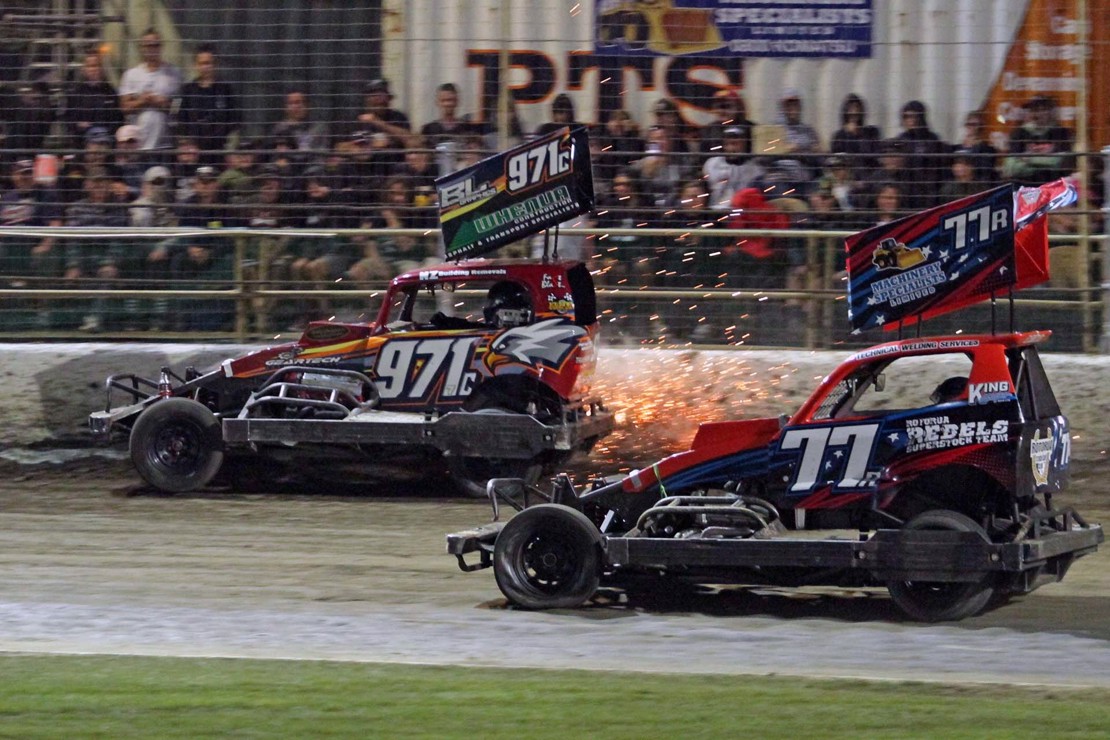 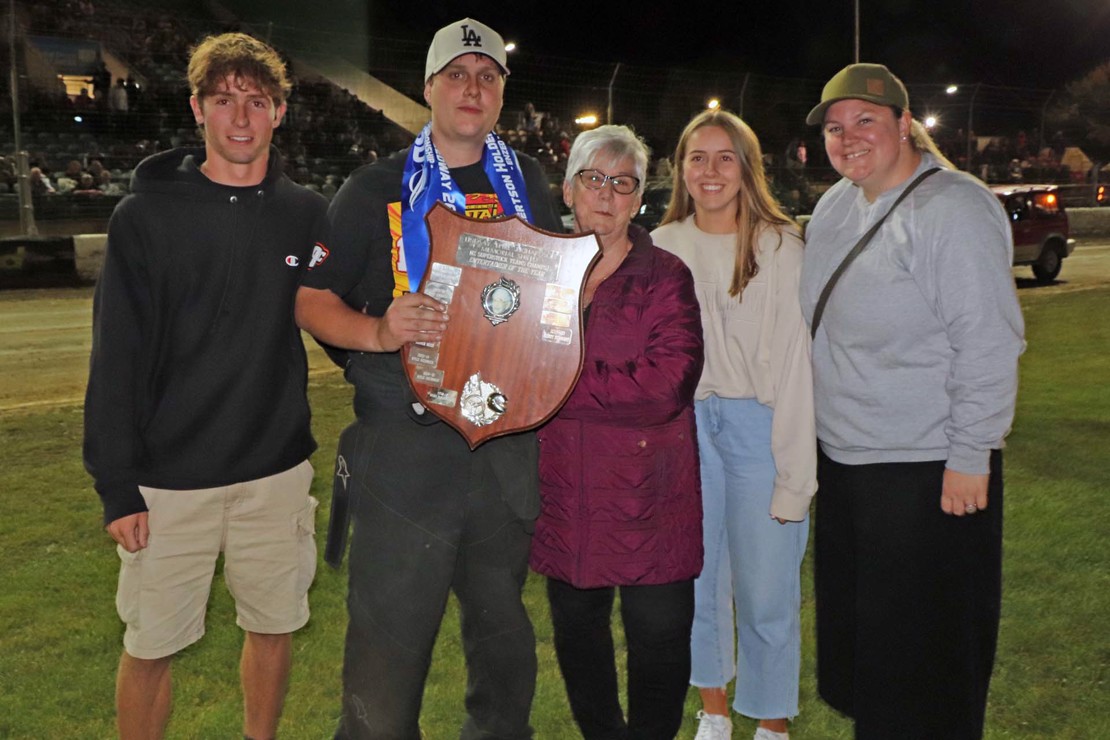